Icons made by Google from www.flaticon.com is licensed by CC BY 3.0
Menu
Home > MIRABILE>Clastic Mannequin - Dr. Auzoux's anatomical skinned 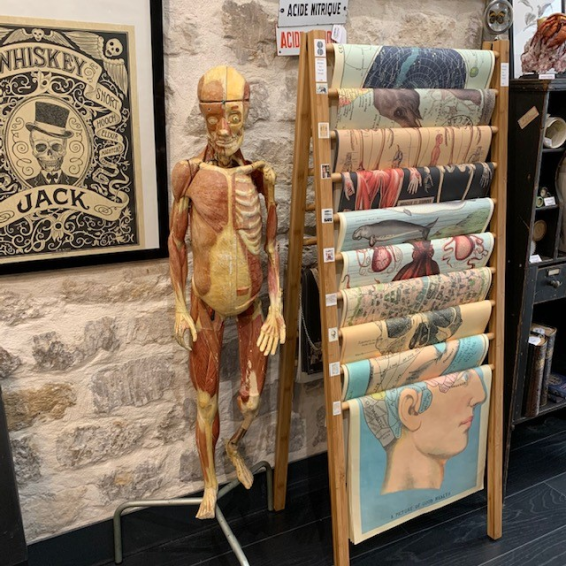 Model made of papier-mâché.

From 1830, Dr. Louis Auzoux developed the industrial production of removable anatomical models, in "papier mâché ", known as models of clastic anatomy (from the Greek to pieces, broken).

Much lighter than plaster or wood models and less expensive than wax models. His secret to making its mannequins light and easily manipulated without being too fragile lies in the manufacture of it paste with addition of cork powder.

It thus responds to the strong demand for human models for the teaching of anatomy in medical schools. At the time, these models of artificial skinning represented a sensible alternative to the practice of dissections of corpses.

Dr. Auzoux died in 1878, the establishments were taken over by his widow and nephews and in 1926 they were bought by Henri Barral who reunited them with the Maison Vasseur-Tramond, a specialist in ceroplasty (wax models). From 1959, the arrival of synthetic resins marked the abandonment of anatomical models in papier-mâché. It's the end of these models.

A real museum piece that we don't often see on the market.

It is not in perfect condition it is true, he has lived and has flaws that are:

The inside of the cranial box is complete with its sliced brain.

The model rotates on it's right foot.

The colors are still beautiful.