Icons made by Google from www.flaticon.com is licensed by CC BY 3.0
Menu
Home > Stationery and accessories>Second Empire Stamped Letter - Napoleon III Stamp - Envelope 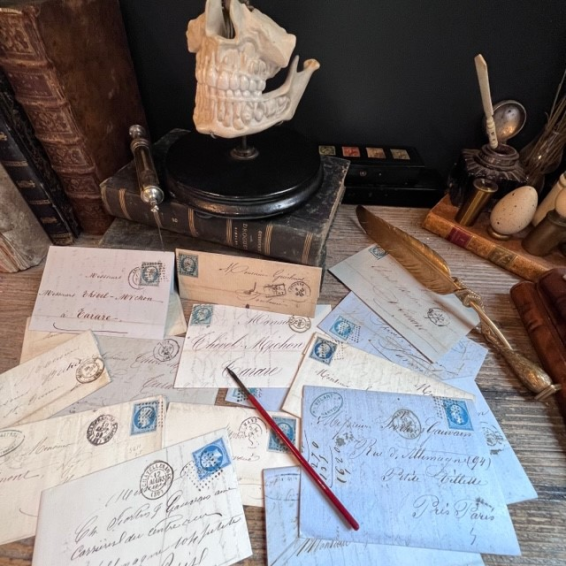 Stamped letter-envelope of the Second Empire

Stamp with the effigy of the Emperor Napoleon III, bare head or head crowned with laurel.

Among the first stamps of the postal history, notice that they are not serrated, the serration of the stamps appearing only later. The first French stamp dates from 1849.

Sometimes the stamp canceling the stamp is diamond-shaped or star-shaped.

At that time the letter on which one wrote became by a clever folding the envelope which one sealed then.

All letters and stamps are different

You buy a random stamped letter envelope and not the whole