Icons made by Google from www.flaticon.com is licensed by CC BY 3.0
Menu
Home > NATURALIA>Muskrat's skull - Musquash zibethicus 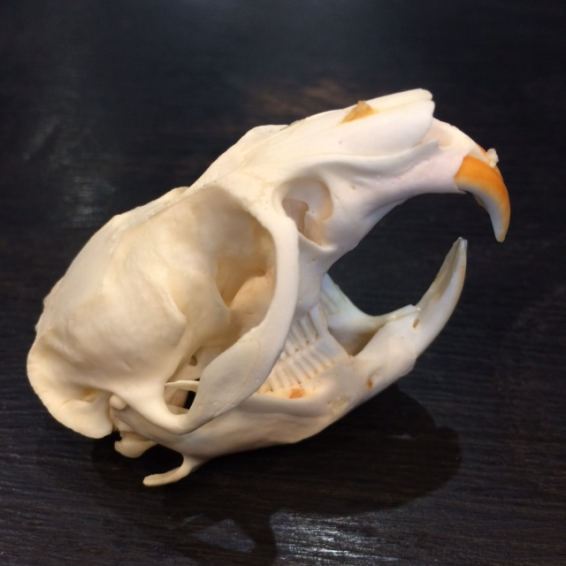 This species native of Americas is an invasive species which colonized the streams of the North of France and Belgium in the 1960s from animals introduced or escaped from breedings, or released by breeders while the course of the fur fell.

He is classified harmful and being the object of an intensive fight in the agricultural zones situated between the Netherlands and the Paris region.

Illustration photo: All skulls are different, in appearance, color, shape. These animals having lived in freedom, they can have worn teeth, damaged, fallen etc...