Icons made by Google from www.flaticon.com is licensed by CC BY 3.0
Menu
Home > NATURALIA>Stone of Madagascar Labradorite on stand (Ref D) 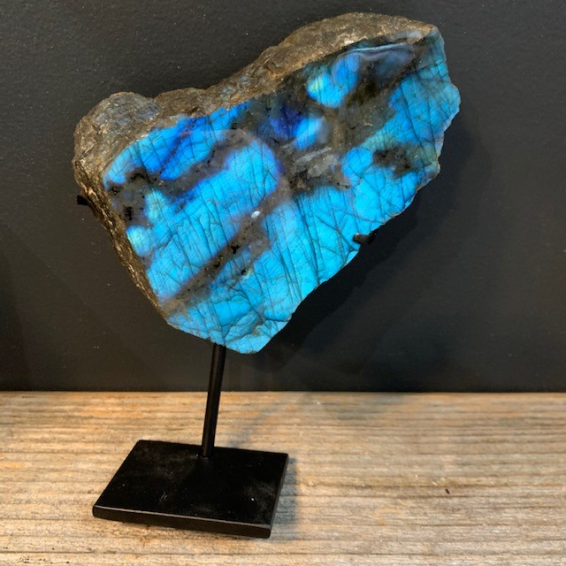 Stone of Madagascar Labradorite on stand

It is named after it was discovered in 1770 in Canada in the Province of Labrador.

In the first appearance, its surface looks dark, but it is enough to tilt it and play with the light to see a set of colours with a metallic sheen, mainly blue, green and gilded.

Often even the unpolished side of the stone has this color play.

The stone is not fixed on the base and can be taken in hand.