Icons made by Google from www.flaticon.com is licensed by CC BY 3.0
Menu
Home > NATURALIA>Thelyphonida - uropygids - whip scorpion - vinegaroons: entomological box 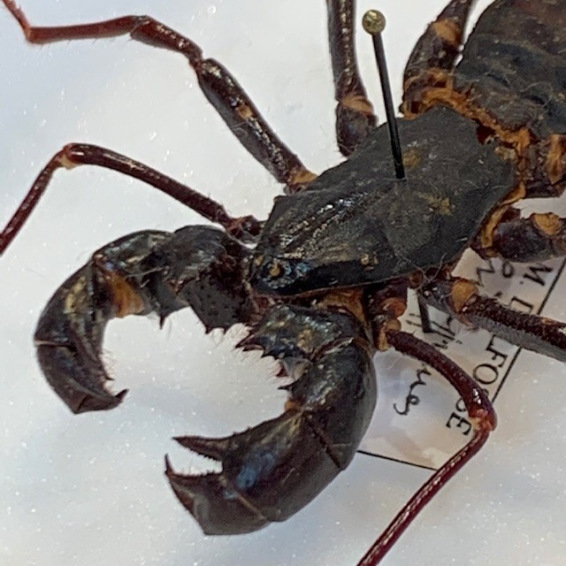 This product is no longer in stock Warning: Last items in stock!

Dimensions: 12x15cm. The box is made entirely by hand by a craftsman bookbinder in Anjou.

Species: Thelyphonus of the Philippines captured in February 2001.

Thelyphonus is a uropygids of the order of arachnids. They are also called vinegaroons in reference to the liquid they eject in case of danger.

They live in tropical wetlands all over the world, they are just absent from Europe and Australia.

The uropyge is an insect that looks like a scorpion but does not have a venom gland. Its peculiarity is to have at the tip of the abdomen a multiarticulated flagelle, covered with many hairs sensitive to any movement of air.