Icons made by Google from www.flaticon.com is licensed by CC BY 3.0
Menu
Home > NATURALIA>Jar Museum - Amphisbaenians 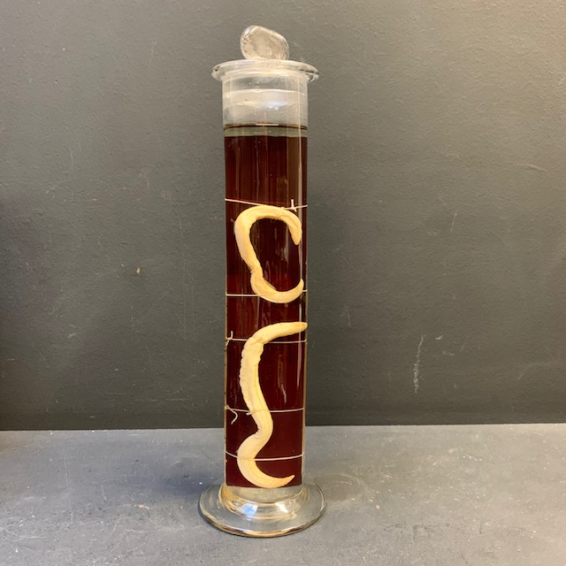 Comes from the old "Comptoir Central d'Histoire Naturelle" of PARIS. So called Establishment Boubée.
House which disappeared in 2014.

This flute dates years 20-40 and its specimen of Comatule is always intact.

We find comatules in most of the seas and the oceans of the world, in all the ranges of temperature and depth.

A glass plate inside the flute prevents the specimen from floating and also allows better one study by sticking the comatule to walls.

One nick on the base.