Icons made by Google from www.flaticon.com is licensed by CC BY 3.0
Menu
Home > Librorum - Antic books>Ancient Teratology Engraving: The Science of the Study of Monsters 1833/1839 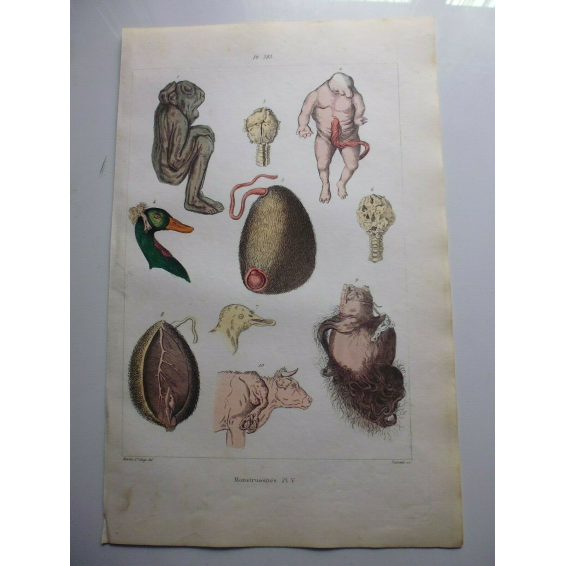 Ancient Teratology Engraving: The Science of the Study of Monsters 1833/1839

Ancient engraving of Teratology, the study of malformations called monstrosities in the 19th century.
Color board.

These plates come from the different volumes of the "Dictionnaire pittoresque d'histoire naturelle et des phénomènes de la nature" and mainly from Volume 5 on the chapter of the Monsters, published between 1833 and 1839 under the direction of Guérin.

Thank you for looking at the photos, all the plates have been photographed.

They are old and sometimes have defects, such as misses, cuts, stains, dirt, freckles.

The average size of the boards is 28x18cm